In the rapid-moving world of advertising, nothing ever beats videos. Commercial videos sell better than anything else. The big popularity of commercial videos over any other form of advertising is that videos allow for potential customers to actually see the product in full detail on screen. It gives viewers the idea of what the item is all about, what makes it stand out, and, when an ad is used to its strength, what makes it a necessity for everyone.

The power of video commercials is unceasingly great, industry giants have used it to start a fad or to make profits of over millions. It has gone through huge waves of evolution along with technology and the introduction of the Internet. High-definition cameras and instant post-process video editing have enhanced the entire commercial video production process.

Don’t be dazzled with the advertising industry’s sparkling hypes, making your own commercial video isn’t as simple as you think it would be. Compared to simple event documentation, commercial videos are made with great attention to details and are strongly based on a concrete storyboard. To help you make market-smashing commercial videos, here are a few simplified tips to give you an idea on how the production process works.

Deliver a story, scene by scene. Before anything else, it is your job to get to know the product or service to be advertised. Write a story regarding the product and streamline it according to the item’s own identity. For example, write a hip cool story if it is a product targeting teenagers and young adults or use a family as the main casts of the story if the item is to be used as a household commodity. Plan the storyboard and envision it unfolding scene by scene, this makes it easier to shoot and it also allows you to see what else would be needed for the video, like props, effects, stand ins, etc.

People are people. As much as possible, put in real characters in your commercial. It would be easy for the viewers to related to the video when they see actual human beings using the product. Be it through interviews, testimonials, or celebrity cameos, find the perfect characters to bring your story to life while also building the brand’s own identity.

Mind the time. As in everything else, time is a big factor in advertisements. In television, ads can run for as short as 15 seconds and for as long as 45 seconds. If the allotted time for the commercial is just about 30 seconds, work with every single second and edit everything as tight as possible. You would want every single scene to be shown, otherwise they could cut off the video even before you have flashed the store’s address or contact number.

The Audio-Video tandem. Whatever is said in the script or voice over spiel, it should be shown using the video clip. As the visuals show a fashion-forward bag, the audio should also be describing the fancy bag or the fabulous lady wearing it around town. Of course, getting crystal clear audio and sharp, vibrant shots is another unique obstacle to be tackled. Nowadays, high-definition screens are quite common. So, high-definition cameras are also rampant in the market, more specifically digital cameras which are handy for street shoots and also great with still shots. On-camera microphones can record clearly, given that the shoot is inside a closed, quiet room. However, outdoor shoots prefer to use clip-on microphones or an over-head boom mic to be able to capture the sounds better.

Technically speaking. Aside from the camera and the audio recorder, the technical side of the entire commercial making process is manned by different people with different tasks. If possible, assign people to do the basic tasks on set – operate the camera, assist with the production, and overlook the overall appearance of the video. In smaller companies, all three roles may be filled in by one person only. However, if the project is a big one, more roles are hired, like writers, make-up artists, audioman, etc. You may think that it is a simple and short video about a tiny product but then if a company has hired an entire crew to do the shoot, it should be nothing less than perfect.

Call to action. The important aspect of advertisements is its call for the audience to initiate action. Be it through visiting the store, calling in for a purchase, or simply telling another person about a great new product out in the market, commercials are expected to entice the viewers to do an action. Don’t forget to include all contact information – email address, service numbers, address, etc. In your video, always put the emphasis on these elements by using a large font plus a catchy color. Compose a tune to help viewers remember the number easily to end the advertisement with a bang. 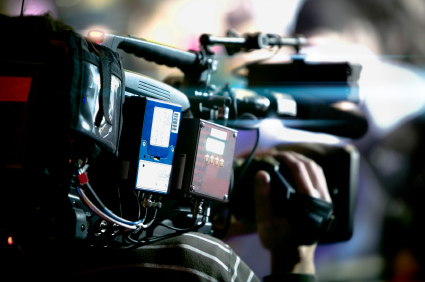